First, like clockwork, confusion sounded an alarm, resurfacing suddenly with slow-motion force. Over a month since the last post, I wrote; work and words scattered everywhere in various stages of completion, needing mostly to be collected, dusted off and formulated for offering. Thus I began, with dark words to post. 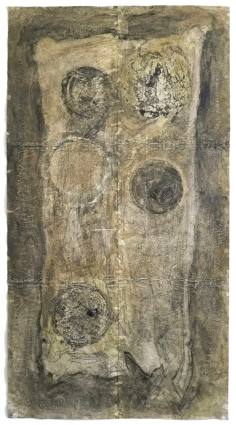 Then the days lengthened and grew warmer, earth softening and a barely perceptible haze of green hovered above winter’s debris – out of which poked crocuses and small weeds. Some of the darkness has been dispelled. Like a creature with matted brown coat rising from a bed of hibernation to dig itself out of the earth, blinking and stretching, sniffing nose pointed up in the air, I too feel a thaw and present myself. Despite everything.

Now I count two months since the last post – remarkable! I ask myself where those two months have gone. I had been acutely aware of the passing of time, or maybe more accurately, of its disappearance – time just dissolving and vanishing as I consciously sought and strove to create rhythm. Then suddenly, changes were evident. Before my eyes snow melted. Clocks were re-set. Each evening at supper the time change was noted with surprise and pleasure as we ate in ever-broadening daylight. The shift into spring is felt, understood, accepted – and with that, a sense of rhythm has returned of its own accord.

What next, then? Friends resurface here and there; slowly, cautiously, presenting themselves as do I – all of us, groundhogs emerging. There is an uptick in correspondence, phoning, zoom meetings; new mentions of sometime meeting in person, a  spontaneously shared walk – still distanced, masking. Congratulations are exchanged on vaccinations completed. Seed starting has just begun on the sun porch. Meanwhile, there is more new material to post – new poems read and written, new visual works, some new exhibition plans percolating upward.

So, what to write about now? Not about the fragments and particulate matter of the past weeks, although I photograph exactly that on my daily walks (new posting of photos here). Not about that second vocation which, moving unremarked and silent as an underground stream, continues to demand effort and attention. Not about the daunting negotiation of massive flux coupled with complete immobility. Instead, contrary to expectation, I focus on parallel impulses swelling up to the surface through the senses. Spring speaks of life, reminds and engages.

First, work: At this moment of posting, a new series is in the works, the first of which, Split Commentary I – Revisited is above. After much gessoing of long paper panels taped rather than stitched together, I am revisiting the Split Commentary series which emerged from the Big Series of 2009 – 2011 but was never fully developed as envisioned. With the Ünneptelenül  pieces of 2019, work with these forms resumed, only to be halted suddenly by circumstances. Now is the right time to once again resume work with these forms, freshly adapting them to my current focus. As they progress, more will be posted.

The Black Rock series is probably done, and maybe with it the movable, multi-pieced working method. Its unending variability and lack of fixed delineation was both compelling and maddening, describing confusion yet further feeding it. Now I am ready to return to something more solid. Unless the work insists otherwise.

A new group of five small double-sided square acrylic paintings on cotton entitled Doors and Windows was recently made for the Society of Hungarian Painters‘ spring open exhibition of that same name (Ajtó, ablak). These new works veer towards pure painting while still making use of pressed transfer of pigment and retaining the double-side functionality of recent works on paper. Two of these new pieces have just made their way to Hungary, joining the works of 73 other artists in an exhibit which opened virtually on April 23rd at FUGA, the Budapest Center of Architechture in Budapest. The event can be seen on FUGA’s YouTube channel.

Another, more long-term exhibition plan is in the works. It is a new gallery project called the Stella Quarta Decima Gallery, recently started by Benjamin Ward. Both virtual and actual exhibitions are being planned for this summer.

I’m also scheduled to lecture about my recent work on May 23rd via the virtual events programming of Montpelier’s Beth Jacob Synagogue. Check back soon for further information on the News and Exhibitions page here.

Now to some poems just posted; first, one by Baron Wormser, A Quiet Life (1997) (open PDF here) from his collection of poems entitled Scattered Chapters new & selected poems. In this poem Wormser traces with fierce, quiet logic the ultimate culpability behind interconnectivity. I know something of this – can recall walking down city streets in another century, noticing pavement flaws beneath my feet. Rapid-fire sequences of associations pulled me from pavement to infrastructure, to where public funding does and doesn’t go, to skewed priorities and politics, to wars.  Now it’s impossible not to feel that in reverse as a retribution of enormous proportion descends; penetrating and altering even the smallest elements of our lives. I wrote about that in my own poem Connectivity – VIII.  A few new poems of mine also follow on the Present Continuous page here.

Finally, some words about a new aspect of this website. In the Menu is an added item: Revisitations: Works From the Decades, linking to the many different categories of work I have done over the past decades: printmaking, photography, collage, digitally manipulate work, artist books, etc. Some are already in my Sophrin Archives but many have never been posted. Works will be freely added to this new Revisitations page over time, as suggested by my own inclinations in a given moment. I invite you to take a look here.